You are here:
bird fluinfection control 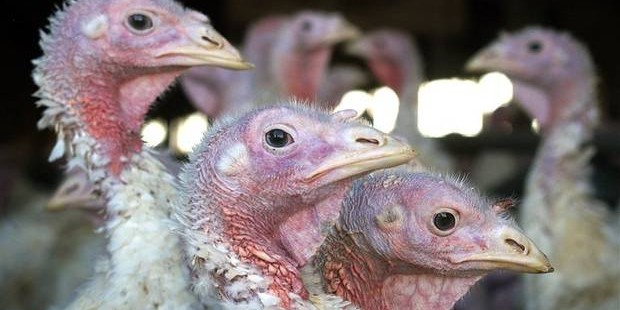 Authorities have placed eight poultry farms in Southwestern Ontario under quarantine as they scramble to contain an outbreak of a bird flu virus found on a turkey farm near Woodstock.

The outbreak was discovered after birds on the turkey farm started to die late last week.

An official from the Canadian Food Inspection Agency says the remaining birds in the flock of 12,000 will be euthanized humanely.

CFIA vice-president Paul Mayers says preliminary testing shows the virus is of the H5 subtype, but additional tests are being done to determine the full subtype.

That testing should reveal whether this outbreak is caused by an H5N2 virus that has been hopscotching among poultry operations in a number of U.S. states of late.

The testing will also show whether the virus is a highly pathogenic avian flu virus or a virus of low pathogenicity. But given the high mortality at the index farm, it seems likely this is a high-path virus.

H5 viruses are among two subtypes of bird flu that have the capacity to become highly pathogenic, which means they can decimate poultry flocks. As a consequence, international trade rules allow countries to levy sanctions when outbreaks of high-path bird flu are discovered.

That process has started. Mayers says Japan and Taiwan have already barred poultry from Ontario in response to this outbreak.

Ebola and Beyond – Infection Control
December 29, 2014
Go to Top
Product Inquiry
×
The information you enter here will be sent directly to the recipient. It is not stored on this sites database. Read more in our Privacy Policy
SEND